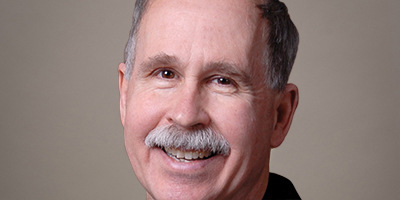 Father Mike Stubbs is the pastor of Holy Cross Parish in Overland Park and has a degree in Scripture from Harvard University.

There are only seven days in the week. As much as we might try, we cannot fit any more days in.

There are only seven sacraments. We do not need any more than those to bring us God’s grace. There are seven gifts of the Holy Spirit. There are seven corporal works of mercy, as well as seven spiritual ones.

It is no accident that all these occur in groups of seven. The number seven, in the Bible and in Christian tradition, symbolizes fullness or completion.

That is why, when the prophet Samuel interviews the seven sons of Jesse in Sunday’s first reading — 1 Sm 16:1b, 6-7, 10-13a — as prospective candidates to be the new king of Israel, we do not expect any more.

We have reached the magic number.

However, contrary to all expectations, it turns out that Jesse has an eighth son, David. He is the youngest, so Jesse did not even bother to call him in for the inter view. This eighth son does not look as promising as the others.

Nonetheless, God chooses him as the new king. As the reading points out: “Not as man sees does God see, because man sees the appearance but the Lord looks into his heart.”

This is not the only story about David’s early life that presents a reversal of expectations. Something similar happens when David encounters the Philistine Goliath. The boy defeats the giant. Even the way David is described resembles the earlier description of David in his anointing by Samuel: “When [Goliath] had sized David up, and seen that he was youthful, and ruddy, and handsome in appearance, he held him in contempt” (1 Sm 17:42).

Compare this to how David looks to Samuel: “He was ruddy, a youth hand- some to behold and making a splendid appearance” (1 Sm 16:12).

In choosing David as his king, God has once again acted contrary to our expectations. And the meaning of this goes beyond David. This turns out to be a typical way for God to act. As king, David represents Israel. Despite being such a small nation, Israel will have a huge impact on the world. Through Israel, God will reverse all our expectations. As Christians, we see this happening especially in Jesus Christ. Not only did he live in a relatively insignif- icant corner of the Roman Empire, but he lived in a town that even his fellow Jews considered insignif- icant. One asked: “Can anything good come from Nazareth?” (Jn 1:46)

And yet, he became the Savior of the world.