Father Mark Goldasich is the pastor of Sacred Heart parish in Tonganoxie. he has been editor of the Leaven since 1989.

OK, now that I’ve got your attention, let me explain. It’s not the sacrament itself that I don’t like. It’s that word: “confession.” My mind conjures up images from old-fashioned police shows, where the accused is ushered into an airless room, handcuffed to a table, and forced to stare into a bright light.

The suspect begins to sweat; his mind goes blank. Soon, a disembodied voice barks questions: Do you know so-andso? Where were you last Saturday night around 11 p.m.?

While the poor guy tries to collect himself, in the background he hears another police office slowly slapping a rubber hose into the palm of his hand, waiting for the signal to beat the answers out of the suspect.

Does this sound pretty much like your last confession? Unfortunately, an image like this pops into some people’s minds when they think about this sacrament. Because they get overly concerned about saying and doing exactly the right thing there, they risk missing out on the essential element of the sacrament.

There’s a wonderful story about Father Bernard Haring, a German Redemptorist priest, who was not only a superb moral theologian but also a compassionate pastor. Once, back in the 1930s, he was leading a vespers service, which included Benediction and some instruction in the faith. The topic this particular day was confession, and Father Haring asked, “What’s the most important part of this sacrament?”

From the back of the room came the comment: “Obviously, from the name, it’s the confessing of your sins to the priest.” Father Haring agreed that that was a valuable thing, but not the most important.

Another responded, “It’s got to be the examination of conscience. If you don’t know your sins, you shouldn’t even go to confession.” Father Haring agreed that being prepared was certainly good, but it wasn’t the most important thing.

Someone then said, “It’s the contrition, right? You’ve got to be sorry for your sins or the sacrament doesn’t ‘work.’” As important as being sorry for one’s sins is for the sacrament to be effective, Father Haring said this was still not the most important thing.

A heavy silence descended over the congregation, until a little girl in the very first pew excitedly held up her hand and said, “I think I know what’s the most important thing in this sacrament: It’s what Jesus does for us!” (Adapted from a Catholic Update, “Ten Tips for Better Confessions,” by Thomas Richstatter, OFM.)

Don’t we all at times forget this most important part of the sacrament? When we call it “confession,” we focus primarily on ourselves and the wrong we’ve done, or the good we’ve failed to do. But that makes the sacrament all about us.

We sometimes refer to it as the “sacrament of penance,” which is a little better, in that it directs attention to the practical ways by which we’ll change our lives for the better. But, even here, the focus is still on us and our actions.

Although a mouthful, the word “reconciliation” is definitely the best way to describe this sacrament, because that word turns our attention to where it needs to be: to God, to what Jesus does for us — namely, forgives our sins and fills us with the grace of conversion.

Seen in this light, the other elements of the sacrament — the confessing of sins, the examination of conscience, and even the act of contrition — are certainly important, but not the most important. Putting too much emphasis on the structure of the sacrament runs the risk of turning it into a sort of spiritual ATM: Plug in your sins with the right formula and automatically your forgiveness and penance pop out.

But Jesus didn’t work that way. He took time with sinners and even ate with them. He didn’t define them by what they had done, but saw them first as people — people who were imperfect, weak, struggling and burdened by their past. Jesus wanted to free them from their heavy burdens and have them stand tall again. In short, Jesus came to reconcile us with God and one another.

Sadly, some people have stopped going to the sacrament because of a bad experience there — often several. In those instances, it seems that even the priest forgot what was most important: He was not there as judge, jury and “executioner,” but rather as the mediator of Jesus’ forgiveness, healing, hope, strength and peace.

If you’ve been away from the sacrament, give it another try. (Invite someone to go to church with you, so that you don’t talk yourself out of it at the last minute.) If you go regularly, challenge yourself to make the sacrament more than just a “rote recitation” of the same old stuff. Start by using a different examination of conscience — there are plenty out there — to see other areas of your life where God may be directing you to grow.

It’s helpful when entering the confessional or room of reconciliation to picture Jesus there with a warm smile asking simply, “What do you want me to do for you?”

Don’t be afraid. Tell him. 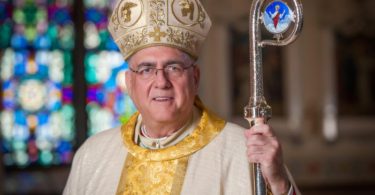